Be your own Twilio

Following on from our introductory blog post The Somleng Story in this post we'll do a deep dive into how local carriers can offer programmable voice to their customers via Somleng.

Why carriers should offer programmable voice to their customers?

Programmable voice has a variety of different use-cases such as:

Twilio has become the de-facto go-to solution for programmable voice and profits exorbitantly as a result. But actually local carriers can offer much cheaper pricing and better quality since they are the custodians of the network.

By offering programmable voice as a solution, local carriers can share in the profits and obtain an advantage over their competitors all while protecting their own branding.

Somleng is an Open Source, white-labeled, Cloud Communications as a Service (CPaaS) solution. Unlike Twilio, which is a global centralized CPaaS designed for platform users directly, Somleng is designed for carriers and network operators.

Instead of platform users signing up directly on Somleng, Carriers instead sign up for a Somleng carrier account and manage their own customer accounts.

With the release of our new custom domains feature, a carrier can now configure their own custom domain and branding, providing a fully branded CPaaS solution their platform customers.

Public sign ups are currently available for carriers only. If you work for a carrier and are interested in trying things out please read through our carrier documentation , where you'll find link to sign up for a trial account.

For a while now, Twilio has become the king of cloud communications. Although there has been a few clones pop up over the years, e.g. Vonage, Message Bird, etc. the space has remained relatively same same. Until now...

Starting back in 2012 Somleng's predecessor was a SMS and Voice powered dating service called Chibi. Launching in Cambodia, before the Smartphones and Facebook were ever really a thing (in Cambodia at least) subscribers would dial into a short-code and be randomly connected to another subscriber. Basically a chat roulette that worked over an ordinary voice call.

Subscribers could also send text messages to their new 'friend' by simply texting to the short code. Chibi would scan the messages, and build up a basic profile of the subscriber, trying to determine their age, gender and location.

The service was surprisingly popular, at its peak having more than 120,000 subscribers. But by 2015, smartphones and Facebook had taken over in Cambodia and Chibi eventually died.

Around 2016, the Royal Cambodian Government in partnership with the NGO People In Need, were looking for a solution for the National Early Warning System .

The requirements were simple. In case of a natural disaster (such as a flood), a government official could record a voice message and deliver it via phone call to citizens in the affected areas.

Programmable voice is a perfect solution to this problem. Voice messages are recorded in Khmer, so it doesn't require the beneficiary be literate, have a smart phone nor have access to the Internet. They just pick up the phone and listen to the information recorded by the government official.

Our experience with building scalable communications platform to power Chibi meant that the timing was perfect for a pivot and Somleng was born. 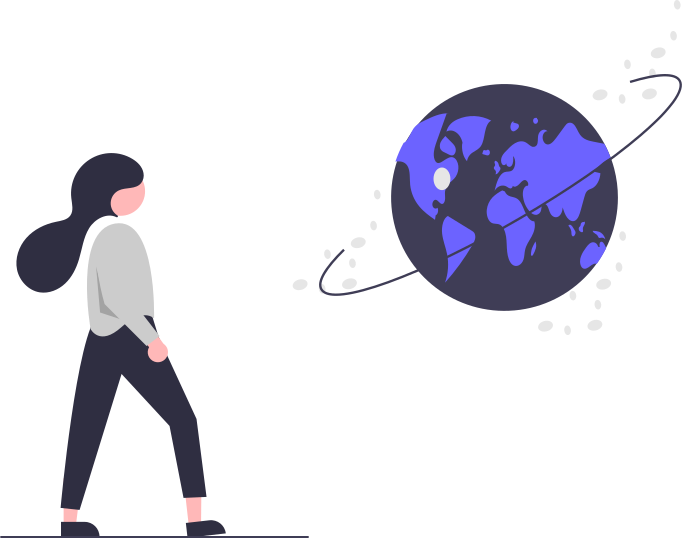 In 2016 Somleng was among the first five companies to receive investment from the UNICEF Innovation Fund, in order to scale Somleng to support other use-cases.

Since then the UNICEF Innovation Fund been Somleng's main investor which has enabled us to grow far beyond Cambodia. Somleng is now powering cloud communications solutions across the world impacting over 250K beneficiaries across 11 different countries.

Somleng was also recently made a Digital Public Good recognition that Somleng is a product that helps to create a more equitable world.

Our Vision and Roadmap

There's a growing consensus that the Internet is too centralized controlled by too few players. It's no different in the cloud communications space. Big Tech controls most of the space and there are few options for individuals, small and medium sized companies, governments and NGOs.

Somleng's vision is a world where communications is accessible to everyone. In order to achieve this vision we need to think outside the box and provide a solution benefits everyone, not just Big Tech.

Be your own Twilio

The first step for Somleng, is to level the playing field for local carriers (for clarification a local carrier is a local telecom company, mobile network operator or aggregator).

Twilio's et al. business model is based on a centralized Cloud Communications Platform as a Service (CPaaS). They charge an expensive premium (especially in emerging markets), to basically act as a middle-man between the platform user and the beneficiary.

But what if a local carrier, who controls the network connectivity in their region or country, could be their own Twilio? They could provide a similar service to Twilio at a fraction of the cost by cutting them out of the flow.

In addition to the reduced costs for the platform user, the local carrier can protect their own branding and generate additional revenue streams.

Somleng now supports custom domains allowing carriers to leverage Somleng's API and Dashboard, while keeping their own branding. Alternatively, since Somleng is 100% open source, local carriers can always host Somleng on their own servers.

Be your own carrier

While supporting local carriers is a good first step, there's still a level of centralization at the local carrier level. In other words, Somleng now provides a solution to dissipate the monopoly of cloud communications from Big Tech to local carriers, but we can still go a step further to bring the power to individuals and organizations directly.

One of the features we'll be working on in the coming months is called "Be your own carrier". The idea is that any individual, business or organization can use Somleng to become a Network Provider, and provide the connectivity layer required for cloud communications, and in a future iteration, even be able to earn money from it.

The idea is quite simple. Using readily available, off-the-shelf hardware such as a GSM Gateway or GSM Modem, a network provider can provide connectivity to their local mobile network and register their route with Somleng. Somleng will then route calls and SMS to/from the network provider to provide programmable voice and SMS to the platform user.

A simple use-case for this is handling phone number verification via programmable voice. In order do achieve this now, you need to use a service like Twilio or Firebase. However with Somleng's "Be your own carrier" feature the application owner can register as a Network Provider, and their application can initiate a call via Somleng's REST API. The call is then routed via the network provider's hardware to the beneficiary's phone.

Now that any individual or organization can be their own carrier by becoming a network provider, the foundations are in place for a global marketplace of network providers and local carriers.

The final step in Somleng's CPaaS revolution is to leverage the global network of local carriers and network providers to provide a more equitable CPaaS economy. Local operators and network providers can make their routes publicly available and set their own prices and be compensated for every interaction that goes through their route. In theory this should create competition for who can offer the cheapest, highest quality routes.

We're excited about the journey that we're on and proud to be doing things differently. A special thanks to the UNICEF Innovation Fund team who have supported us from the beginning.